In this article by Wired magazine (sept 2012) “Why Everyone (Not Just Geeks) Should Care About Big Data”, the author raises some thought provoking questions about Big Data, considering that it is becoming ubiquitous now with the proliferation of computing devices, data clouds and sensors.

“The amount of data and our ability of process it and access it are all exploding. Social networks, mobile phones, and environmental sensors collect ever more data. Meanwhile, new technologies make it possible to store and analyze these increasingly large data sets. And the mass adoption of mobile computing provides access to data virtually anywhere and at any time. Some call the convergence of these trends “Big Data,” but there’s still plenty of squabbling over the term.”

For example, who owns the data? Consumers or corporations? Who decides what data gets collected and how is it used? Should it be profit-driven by corporations? Or used for surveillance by the government? Should individuals have the right to own their personal data? Can such data be used to help drive long term policies such as healthcare and the environment?

One intriguing application found close to home (in my case, Singapore) is this: – 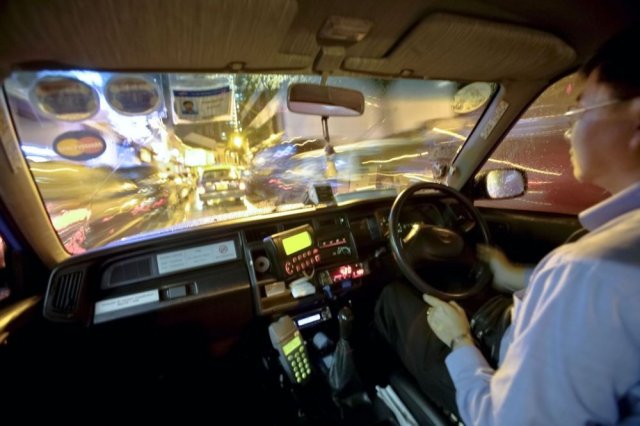 “Researcher Oliver Senn grabbed 830 million GPS records describing 80 million Singapore taxi trips, compared it with satellite data describing the local weather, and found that no one in Singapore could get a cab in the rain because cab drivers had a habit of sitting out big storms. It turns out the city’s large cab company would hold back $1,000 from a driver’s salary if they were in accident until it could determine who was a fault — and drivers didn’t want to take the risk.” (taken from the abovementioned Wired magazine article)

The article also mentions a book “The Human Face of Big Data” led by photographer Rick Smolan, a former Time, Life, and National Geographic photographer, best known as the creator of the Day in the Life book series. “The Human Face of Big Data” is a project encompassing a book, a mobile app and an iPad app, an event held on Oct 2nd, 2012, and activities designed for students. The book has garnered favourable reviews by big name media establishments such as Wired Magazine, the NY times and the WSJ. The company that produced this book “Against All Odds Production” has a really interesting description :-

“Against All Odds Productions designs and executes large-scale, crowd-sourced global projects that combine compelling storytelling with state-of-the-art technology. Pulling together teams of leading journalists and photographers (plus hundreds of thousands of members of the general public) for a day or a week to focus on emerging topics such as the global water crisis, the effect of the Internet on civilization or how the human race is learning to heal itself, the company has produced bestselling-illustrated books, TV specials, apps, exhibits and hundreds of millions of media impressions. Fortune magazine has described Against All Odds as “one of the coolest companies in America.”

I recommend checking out the pictures on the main page of the website. The pictures are in the book that can be scrolled with the click of your mouse, at the centre of the webpage. It will be interesting to note how Big Data evolves as a technology trend.