Got my hands on a Sphero recently – a cute little ball that changes colour and can be controlled like a remote controlled car. There are over 20+ apps for it on the iOS and Android platforms. That the company Orbotix managed to sell about half a million of these and build up a community of developers, are testaments to its success. It has a cool induction charger as well:- 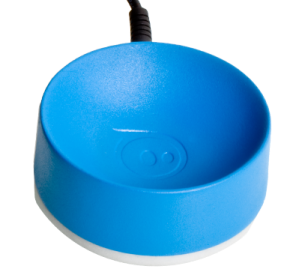 Sphero has an in-built gyroscope, accelerometer and compass. It has a max speed of 1m/s and has a max bluetooth range of around 20m. It can also be held in the hand and used as a controller for phone app games, providing an alternative to the tilt sensor of your phone or the screen joystick. It is waterproof and can float on water. You can add duct tape or rubber bands to give it “fins” to move faster. You can throw it around in water and there is even an app that uses the Sphero as a game played in the pool with friends. Although it has a hard polycarbonate casing, it is not advised to drop it on a hard surface at a height of more than knee level, presumably due to the sensitive robotic components inside of it. Pets would love to play with it and it is pet-friendly and pet proof (to some extent). There’s even a mixed reality app for Sphero, and it can be seen on your screen as a virtual dinosaur or something.  You can also built your own custom obstacle course or battle arena for the Sphero to play with friends in multi-player. All in all, it’s a pretty cool toy although it tends to get a bit boring quickly and it’s somewhat pricey at USD130.

What is Sphero? from Sphero on Vimeo.