Had the great opportunity to attend a weekend crash course on Arduino. Since I was already familiar with Arduino, it was more of a refresher course for me and I got to meet other makers and DIY enthusiasts. It was hosted by David Goomba, the guy in the Arduino company in charge of workshops. I paid about $300 for it and it was very worth it. The workshop came with a fantastic starter kit with a guidebook, the Ardunio Uno and lots of electronics components for the projects in the guidebook. I had the opportunity to play with sensors and components I have never touched before, such as the tilt sensor and LCD panel. 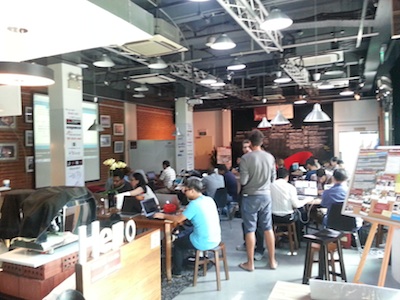 The workshop was held at The Hub managed by the National Youth Council.

This is a great starter guide for the Arduino covering all you need to go to get started. The examples are clear, comprehensive and the projects in this book are really fun! 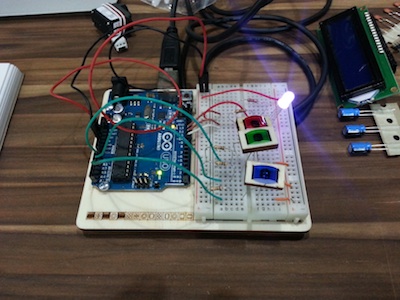 One of the starter projects – using three light dependent resistors to control an RGB light. The coloured filters would make each resistor sensitive to only that colour.

Using a knob to control the angle of a servo motor.

Using a light dependent resistor to control the frequency of the sound made by a piezo speaker.

Using a simple tilt resistor to turn on and off an LED.

Using a knob to control the speed of a DC motor, and also using a MOSFET to allow the motor to be powered by an external power source.