I am freelancing on a project that is about making a vending machine work. The machine dispenses drink samples of a nutrition brand product. My team lost one of the dispensing trays for one of the machines, so we decided to 3D print a copy of an existing one which looks like this.

For this job, the office had a Makerbot Replicator 2, a low-end printer that cost about USD2000. It can print small objects using a plastic material called PLA that comes in a reel. It comes in different colours but each object can only be printed in one colour because the printer only has one nozzle. 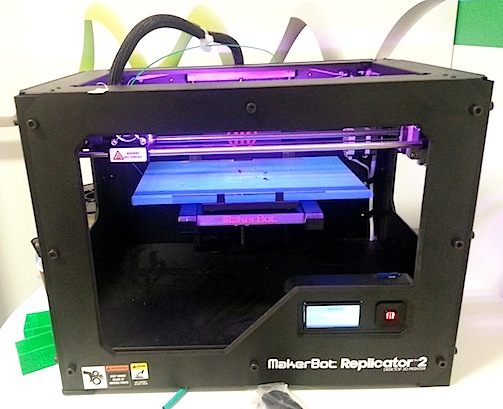 Here is a close up of the printing tray. It is about 20 cm by 15cm and I had to make my tray slightly smaller to fit into the printing area. The blue surface is painter’s tape, and it is stuck onto the glass plate to prevent the object from sticking onto the glass, so that it can be peeled off easily once it’s printed. 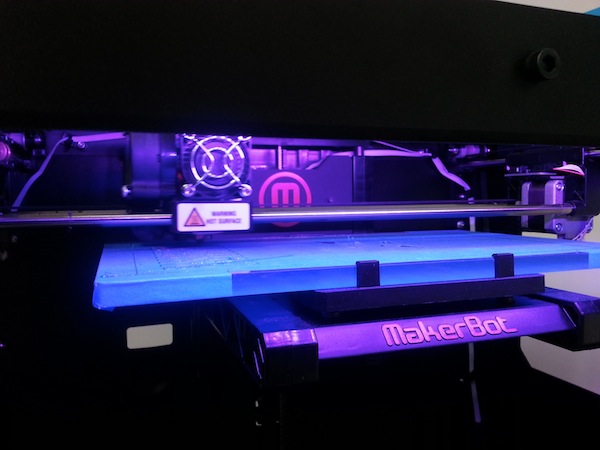 I spent about a day learning how to use Tinkercad, a 3D sketching programme that runs on a web browser. I like the user interface which is intuitive and friendly to use. You can also download 3D models from the Thingiverse, an open source library online that is user-contributed. Below are my sketches as seen in Tinkercad. I downloaded the sketches as .stl files and sent it to the Makerware slicing software to convert it to a sliced model for the Makerbot in .x3g format.

The first version of the cover. I had problems removing the rafts. In fact, I sustained minor cuts on my hands trying to remove it. I could only remove like 60% of it, so I decided to re-print it using different settings for the rafts.

I ran out of green PLA, so I used translucent white instead. The second version of the cover didn’t work also. The problem this time was that I had problems removing the supports from the flip side of the cover, since I tried printing it from on the opposite side instead.

The third and final version. I printed it with the top of the cover facing downwards. The rafts were easier to remove compared to the first version although I managed to remove only about 95% of it. There are still stray bits of rafts sticking onto the top surface and I decided to live with it rather than risk injuring myself trying to remove it with brute strength. 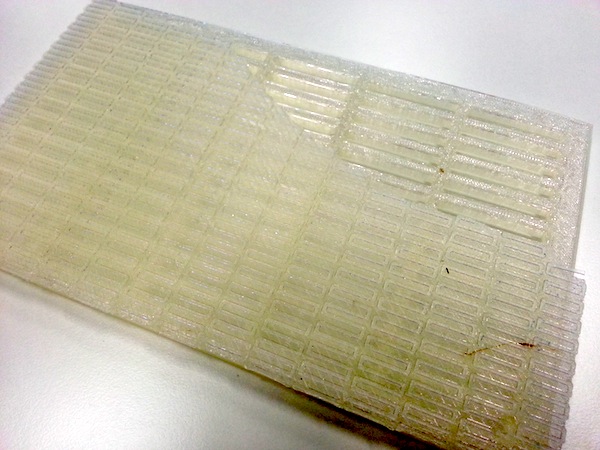 On the other hand, the bottom part of the tray printed well with no problems. The rafts came off easily and the surface is acceptably smooth. You can see how the raft is still intact after removal. 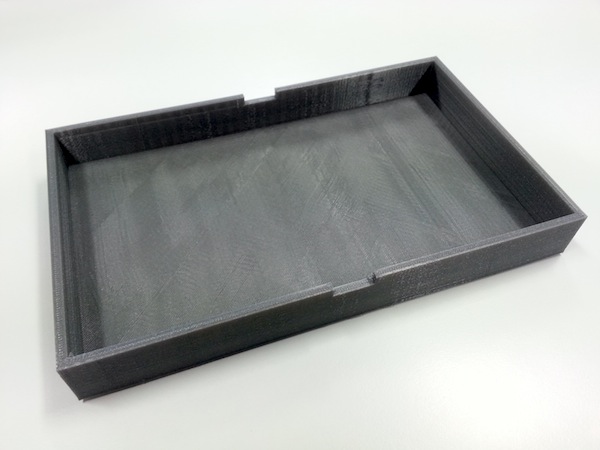 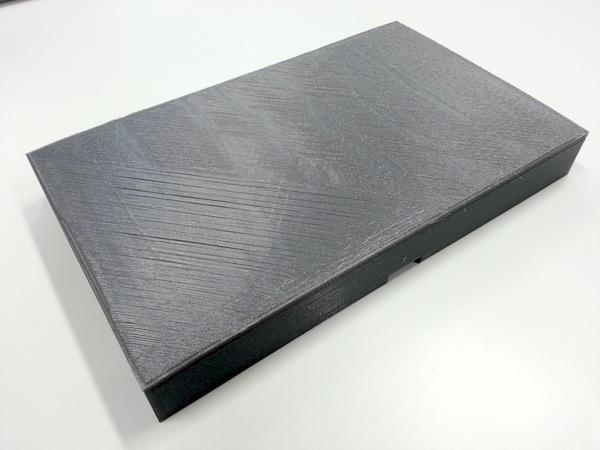 Here is the final product. I still could not remove 5% of the rafts from the cover. But it will do. 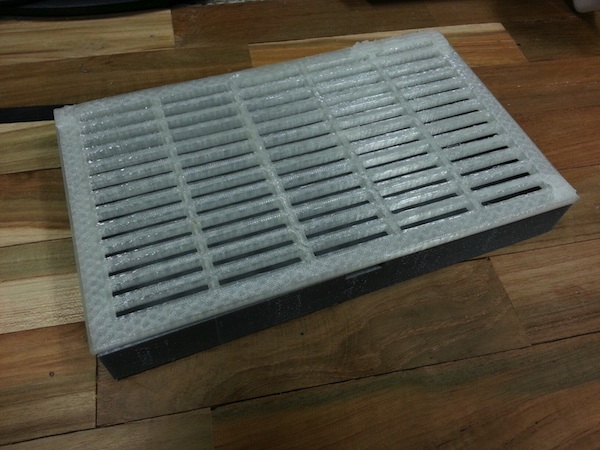 In conclusion, I would say that 3D printing is not as easy as it seems. The main challenge was with removing rafts and support material. And I also encountered other problems like not leveling the build plate and not feeding the nozzle properly because I was unfamiliar with the machine. But in the end, I was proud that I managed to print out something useful.